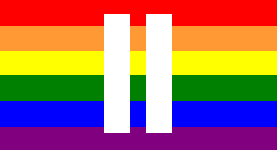 Most of us who were born before 2000 will remember what they were doing and where they were on 11th September 2001, 20 years ago today. I was at work, stationed in the main art gallery on the top floor of Nottingham Castle. It was time for my afternoon break but my colleague who was to take over from me for 20 minutes was 5 minutes late. I wasn’t too worried. Then he was 10 minutes late, and I was wondering where he was. Then he was 15 minutes late, and I radioed down to the office to ask where he was. At which point he arrived and told me that he had been watching the television in the staff room. Two planes had crashed into the World Trade Centre, he said. It didn’t sink in for a minute or two until I got to the staff room and saw for myself the tragedy unfolding on television.

There was a sombre feeling in the air for the rest of the day. About an hour later one of my ex-partners (let’s call him Sam) came to visit me in the gallery. He has just come off duty as a nurse and had been effected by the news, which was made more personal for him as only a month beforehand he and his then partner were standing on the top of the World Trade Centre. For reasons which don’t concern us, he and his partner had split up since then and Sam was feeling vulnerable. He asked me to keep him company that evening. I agreed and we couldn’t help but watch what was going on in New York for the rest of the night.

Many commemorative events are taking place around the world. There are too many names of those who lost their lives for us to remember individually. Many have family and friends to remember them, but some may not. The lgbt community lost just a tiny group of people compared to the full list of casualties. Below is a list of those known to us.

I list their names alone in alphabetical order of surname. Just by reading down the list you are contributing to the global commemoration and helping to keep their names alive, whether they are remembered by their loved ones or by no-one other than yourself.

and two people who are known to us by their first name only,

Posted by Tony Scupham-Bilton at 08:54

Email ThisBlogThis!Share to TwitterShare to FacebookShare to Pinterest
Labels: In Memoriam, remembrance