Last time on “80 More Gays”: 76) Chelsea Blackmore is a pioneer in queer archaeology, first championed by 77) Thomas Dowson after doing research into San cave art in Namibia, which became part of a National Geographical archaeological tour for students led by 78) Thomas Egli, who was a volunteer at the ice hockey stadium at the 2010 Vancouver Olympics in which the 79) Canadian women’s ice hockey team won gold. 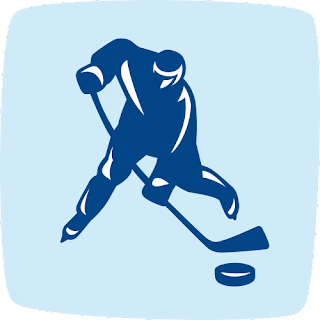 The full 79) Canadian women’s ice hockey team consisted of 21 members, 19 of them being experienced Olympians. Five of them are currently known to have been lesbian or bisexual, and I’ll briefly look at them individually later. But first, how did they get to the final.

The team were the reigning Olympic champions having won the 2006 Turin competition, beating Sweden 4-1. Since Turin Canada had lost to the USA in the 2008 and 2009 World Championships. They faced each other in the final in Vancouver and the anticipation and expectations of the Canadian home crowd was very high.

The defence of their Olympic title began well for the Canadian women. In their first match they thrashed Slovakia 18-0, the biggest score difference in Olympic ice hockey history, actually beating their own record from Turin 2006 when they beat the home team 16-0.

It came as no surprise to anyone that Canada faced the USA in the final. Again, the Canadians got off to a good start scoring 2 goals in 3 minutes, the only goals of the match. The final score Canada 2 – USA 0.

Let’s move on to the lgbt players. There isn’t really enough space to go to any real biographical detail so I’ll restrict myself to their Olympic experiences. The player with the most Olympic experience was 79a) Jayna Hefford (b.1977). She made her debut at the 1998 Nagano games in the inaugural women’s Olympic ice hockey tournament. Jayna scored one goal in the final match but it was the goal that won the team the silver medal (final score: USA 2 – Canada 1). She was chosen for team for the next four Olympics, making her only one of 6 lgbt athletes to compete in 5 Olympics (only Robert Dover, US equestrian, has been in 6). Because she was on the winning team for those next four Olympics, which included the Sochi 2014 games, she shares joint 4th place with US swimmer Greg Louganis on the all-time lgbt Olympic medal list (both have 4 gold, 1 silver).

Jayna Hefford is one of only 5 Olympians, lgbt or straight, to win a gold medal at four consecutive games. One of the others is the next most experienced member of the 2010 Canadian women’s ice hockey team, 79b) Caroline Ouellette (b.1979). Her first Olympics was the 2002 Salt Lake City games. With her four gold medals Caroline is joint 6th on the all-time lgbt medal list.

Then next most experienced player on the Canadian women’s team was 79c) Gillian Apps (b.1983) who not only has Olympic experience but Olympic blood. Her grandfather Syl Apps, was a pole vaulter at the 1936 Berlin summer games, and her first cousin is Darren Barber, who won a gold medal in rowing at the 1992 Barcelona games. Gillian herself competed in three Olympics – Turin, Vancouver and Sochi.

Like quite a few others she is married to a fellow Olympian, a player on the US team she beat in Vancouver, Meghan Duggan. Caroline Ouellette also married one of the losing team, Julie Chu. Jayna Hefford is also married to a US ice hockey Olympian, Kathleen Kauth, against whom she played in the 2006 Turin final.

79d) Charline Labonté (b.1982), like Gillian, competed in the Turin, Vancouver and Sochi Olympics. They also both came out as lesbian a couple of months after the Sochi games of 2014 in which the Canadians successfully defended their title.

The least experienced member of the 2010 Vancouver team was the only one who was openly lesbian at the time, 79e) Sarah Vaillancourt (b.1985). It was while she was a freshman at Harvard University that she came out to her Harvard Crimson ice hockey team-mates in 2004. Sarah first played in the Turin games of 2006 but due to injury did not return to the Olympic arena.

We stay with the 2010 Vancouver Olympics to reach the last person in our “80 More Gays Around the World”, and there’s several to choose from. It could be Ted Nebbeling, the Minister of State for the 2010 Olympics. It could be Ignatius Jones, the artistic director of the opening and closing ceremonies. It could be DQuared2, the gay twins Dean and Dan Calen, who designed the costumes for the closing ceremony. But instead I’m going for the one person who had the most direct involvement on every day and in every medal ceremony, giving a continuous link from the opening ceremony where 1) k d lang performed to the closing ceremony where the last medals were awards. That person is the designer of the Vancouver Olympic medals, 80) Corrine Hunt (b.1959).

Back in 2014 I wrote about Corinne’s medal design, so go and have a look at that. Since then she has designed the jackets worn by the Canadian snowboarding team at the 2018 PyeongChang games.

And that brings me to the end of “80 More Gays Around the World”. As before it has been a pleasure to research. It has led me on to people and subjects I would not normally have looked into (e.g South African wines and leper hospitals, or the psychological effects of the Polykrates complex).

I hope you enjoyed this series and learnt something new, I know I have, which has been the main inspiration that helped me to carry on even when I hit a brick wall and couldn’t find any direction to take to get me back to the beginning.

Posted by Tony Scupham-Bilton at 08:45