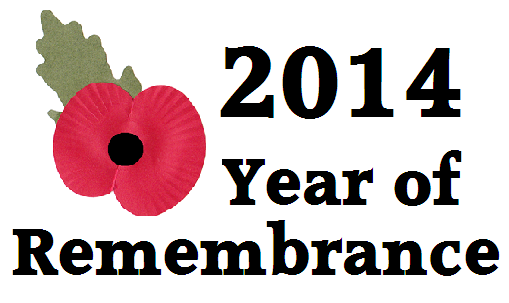 This is my second look at some of the lgbt war heroes with Nottinghamshire connections.


My first hero is one who spent only a short time in the county but went from a poor working class background to become a university-educated scholar and novelist. His name was Dan Billany and he was born in Yorkshire in 1913. After serving in the Merchant Navy and working as a tram conductor Dan went to Hull University College, a campus of London University, and trained to be a teacher. He was always writing, whether for student magazines or novels, and continued to write throughout his life, even during active service and as a prisoner of war. Several of his novels were published.


In 1940 Dan joined the army. His training took place in Sutton-in-Ashfield in central Nottinghamshire with the Royal Army Service Corps. He was commissioned into the East Yorkshire Regiment as a 2nd Lieutenant. By April 1942 he was in Libya as platoon commander of the 4th Battalion. This was to be a decisive period in the North Africa campaign, part of the major victory over the Allies at Tobruk by the Nazi’s “Desert Fox”, Erwin Rommel.


The Allies had set up a series of “boxes”, defensive posts manned by brigades and interspersed with minefields. The line of “boxes” was called the Gazala Line. Rommel attacked the Line on 28th May, using the minefields as defence from attack on one side. A vicious tank assault took the Gazala Line posts one by one. On 1st June Dan Billany and his battalion were defending the Line after what Rommel had taken many positions and what he himself described in his diaries as “the toughest British resistance imaginable”. Billany was captured and sent to a POW camp in Italy. The British withdrew from the Gazala Line and the route to Tobruk was clear.


Dan filled his time as a prisoner of war by writing and contributing to the POW newsletter. It was as a POW that Dan admitted his attraction to a fellow prisoner called David Dowie, who was straight, yet their friendship continued to the end of the war.


With Victory in Europe declared the POWs were released and had to make their own way home. Dan, David, and 2 others made their way towards Allied troops over the Apennines, but it seems that they all succumbed to the bitter cold of the mountains and were never seen again.


Moving back in time to World War I here are stories of 2 soldiers who survived the war and who, as openly gay men, had very different experiences of post-war Britain.


The first is someone well-known in literary circles – Sir Osbert Sitwell. He belonged to an aristocratic family who lived not far from Nottingham in neighbouring Derbyshire. Like in most wealthy families at the time Osbert was expected to become an army officer and he joined the Sherwood Rangers, a cavalry regiment based in Nottingham. Unfortunately, Osbert didn’t get on very well with horses and kept falling off! He once quipped that he preferred giraffes! He left the Sherwoods to join the Grenadier Guards.


In 1915 he and his regiment took part in the Battle of Loos. Osbert’s experiences made him very anti-war once the Armistice was declared. He expressed his respect for conscientious objectors who were branded as cowards. Another group for whom he said had the highest degree of courage (of particular significance to myself because my maternal grandfather was one) was to the stretcher bearers and ambulance drivers on the front line.


Also in the trenches in France was Karl Wood, another Derbyshire lad. At the outbreak of war Karl had been living in Nottingham for ten years. He was already an active gay man. His biographer Tony Wood wrote “In spite of his lack of interest in physical activity (apart from cycling and sex) Wood wholeheartedly joined the First World War in late 1914”. Karl enlisted in the 3rd Seaforth Highlanders and spent the first part of his active service in Sheerness, Kent, acting as part of the coastal defences.


In 1915 Karl was posted to France, but his active service was cut short by shrapnel in his ankle. After convalescing in military hospital in York he settled in Gainsborough, a market town on the Trent a few miles north of Nottingham. He became an artist and art teacher at the grammar school. One of his pupils was my father. During the holidays he would cycle all around England painting as many old buildings that took his fancy (often cruising any farm lad that took his fancy as well). He sold many of his paintings, and for many years sold them in a shop in Nottingham. Windmills were a special interest, and Karl painted thousands of them. For this reason he is often referred to as “Windmill Wood”.


Sadly, Karl’s life followed the often-told fate of gay men in the UK in the 1950s. He was convicted of having gay sex and was imprisoned. On his release he moved to Scotland and joined the Benedictine Order. In a future article I will recount more of his life.
Posted by Tony Scupham-Bilton at 07:55