In during April almost a hundred years ago a trial made headlines in the two local newspapers. It was a trial which revealed the extraordinary life story of someone most people in recognised but knew nothing about.
Picture a typical spring afternoon on 7th April 1915 and a local character walking down a Nottingham street - a dark-skinned woman with a deformed left arm, stings of beads, necklaces, crucifixes and rosaries, bracelets and bangles. You can probably hear her jewellery rattling before you see her. This eccentric character has been around for several years.
On this particular day she knocks on the door of the home of Mr. and Mrs. Mead. She tells Mrs. Mead she is collecting money on behalf of a home for destitute children in . Mrs. Mead gives her tuppence and our eccentric lady moves on. A few seconds later she is approached by Mr. Mead, who is suspicious, so he asks her for identification. She hands him a business card which declares her to be Miss Ellen Phillips of 6 Wollaton Place. Whereupon the man declares himself to be Police Sgt. Thomas Mead and that there had been many complaints about her begging. He arrests the woman for fraudulently obtaining money and takes her to the city’s police cells for questioning.

In her cell some of the woman's dark skin colouring rubs off and it is found to be a fake tan. The police become even more suspicious when they discover the woman is carrying several business cards with different names on them. So they decide to hold her until further investigations were made. 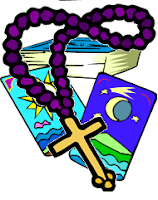 The police visit the home address given on the business cards and discover an exotic den of mysticism. The woman seems to have set herself up as some kind of eastern mystic and psychic, because a sign on the front door read "Astronomy, Astrology, Clairvoyance". The little living room was decked out in Greek Orthodox style, with lamps, candles and incense, crucifixes and icons, mystical books and jars of herbs. At the time mystic-spiritualism was very popular, so there could have been plenty of people out there who wanted her services.
At her first appearance before the magistrate the next morning the most suspicious thing about her was that no-one could work out if she really was a woman. So she had a medical examination. Lo and behold, our eccentric lady turns out to be man. At his trial over the next few weeks the real story of this Masquerader, as the local press called him, began to emerge. And its a story that's quite remarkable.
On the first day of is trial he impressed everyone with his appearance. He was wearing a suit, had his hair cut, had grown a short beard and wore glasses. Press reports said he looked quite distinguished. He said was born in 42 years earlier and that his real name was Elleban Epphean. With such an unusual name for the press to deal with, there were several different spellings given in reports, so we may never know the actual spelling. This has created difficulties in tracing him through other records.
We think that ethnic troubles in is recent, but in 1876 that country was run by Islamic Turks who were persecuting and killing Christians. The violence sparked off the Russian-Turkish War. The same ethnic fighting in , particularly in Kosovo, was as much in the news then as it has been in our lifetime. Being Greek Orthodox Christian, young Elleban's father, a highly-trained doctor, decided to get himself and his 3-year-old son out of while he could and came to in 1876. It isn't known if there was any other family.
Three years later Dr. Epphean died leaving Elleban orphaned. He was placed in a convent, but after another 3 years, barely 10 years old, young Elleban ran away. He first made his way to and then roamed the country before arriving in sometime around 1905. He must have already started to wear women's clothes before he came to , because he was a familiar sight as an eccentric woman for 10 years.
Elleban admitted all the evidence against him was correct, and he was found guilty of “fraudulently collecting money” and given one month's hard labour. The magistrates added that it might do him good.
After that I can find no record of Elleban Epphean, so his story ends there. But I'm doing more research and hopefully I'll find out more about his extraordinary life.
Posted by Tony Scupham-Bilton at 09:04