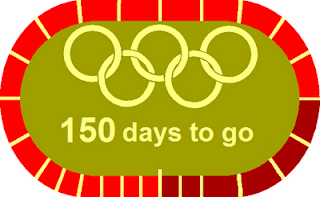 It was in the 1960s that gender testing of athletes began to have a major effect – some good, some bad – in many sports.

First, it should be clear that failing a gender test doesn’t make a woman a lesbian. Several women who failed the test have had an otherwise comfortable straight life-style. What qualifies them for inclusion in the broader lgbt community is their genetics – the part of their body carrying the information which says they are female AND male.

Genetics was one of my favourite subjects in biology (I didn’t know at the time that my grandmother was related to Charles Darwin). So I hope I interpret the science behind gender testing in an understandable way.

The chromosomes in every body cell contains all the needed to create YOU. Only one chromosome determines gender. This gender chromosome has 2 types called XX and XY. Only the XY chromosome carries the “male gene switch”. 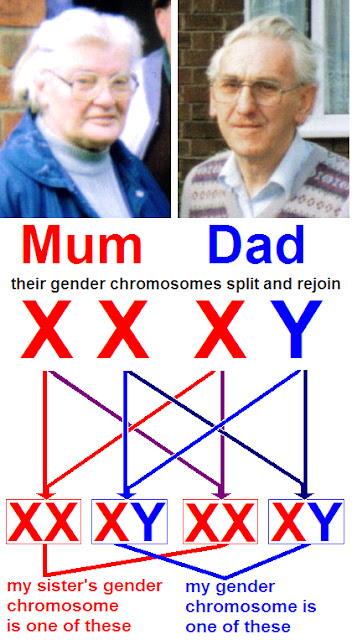 When an embryo is big enough the male gene in an XY chromosome “switches on”. After that male hormones are produced. Like Pass the Parcel these hormones pass the “male message” on to receptors, which they then pass on to the . If all goes to plan the embryo develops into a bouncing baby boy.

Sometimes the hormone receptors don’t work properly and don’t pass on the “male message”. It’s as if the music in the Pass the Parcel stops and the parcel stays where it is when the music restarts. With no “male message” being passed on the embryo goes into “default” XX mode and develops into a bouncing baby girl. The problem is that male hormones are still there and so is the XY chromosome. Sometimes the receptors stop working well into the development process and the baby is born with both partly-formed male and female sexual organs. These individuals have been called hermaphrodite or intersex. There are other medical conditions affecting gender recognition, and with more understanding of the biological processes more accurate medical names have been given.

In gender testing a cheek swab was taken from female athletes. The cells were stained so that a microscope can see the gender chromosome. The XX gender chromosome shows up as a spot. No spot means the cell is XY – male. So women who had XY chromosomes but whose male hormone receptors didn’t work were regarded as male.

In the 1960s there was a lot of talk about some female athletes from eastern Europe being men or had taken performance enhancing drugs. The IOC introduced gender tests in 1967. Almost immediately some very successful female athletes “retired”, the most famous being the sisters Tamara and Irina Press. Between them they had won 5 Olympic gold medals. Whether they retired to escape the gender test or the improved drug test will probably never be known.

The first athlete banned by the IOC was world champion female skier Erika Schinegger. She was preparing for the 1968 Winter Olympics in when she failed the test. Schinegger retired from sport and became transgender. Erik Schenigger appeared on an Austrian television programme in 1988 to give the World Championship gold medal he had won in 1966 as Erika to the silver medal winner.

The first Olympian to fail the test was the 1964 relay champion Ewa Kłobukowska. Her story is told here.

Spanish hurdler María José Martínez-Patiño was permitted to compete in the Olympic trials for the 1992 games after years of protest. She failed the gender test at the 1988 World University Games. After having 3 years of her personal life being discussed, and away from competition, María was unable to qualify for selection for her home team on home soil. She retired from competition and has since become Professor at the Faculty of Education and Sports Sciences at .

Other female athletes have failed the IOC’s test but most were allowed to compete, including Edinanci Silva who competed for in judo in 1996. In 1999 the IOC dropped gender testing though kept the right to test in certain individual cases. Most recently the case of Caster Semenya created a lot of media attention after her success at the 2009 World Athletics Championships. In 2010 she was cleared to continue competing. But less than a year ago the IOC announced they would instead begin testing women for “higher than natural testosterone levels”.

The issue of transgender athletes at the Olympics is still very blurred. Without an actual case being challenged the current policy is to allow trans athletes at the games only if they’ve completed reassignment surgery, received legal recognition and had a minimum of 2 years hormone therapy.

My next Olympic post will return to the chronological history of lgbt participation and will include the man who founded the Gay Olympics.

Posted by Tony Scupham-Bilton at 08:27