From the Goons to Schindler

In the past few months I have been transported back to my childhood by listening to BBC Radio 4 Extra. Each weeknight when I get home from work I tune in to hear classic radio comedy series from the 1950s and 60s like “The Goon Show” and “Hancock’s Half Hour”. I am too young to remember them, but I remember the reruns in the 1970s. “Hancock’s Half Hour” gave Kenneth Williams one of his earliest starring roles, but it is another individual who connects the two series – Wally Stott.

Music was an integral part of radio comedy in those days, with catchy theme tunes and at least one musical interlude in each programme. Wally Stott was responsible for the music for both “The Goon Show” and “Hancock’s Half Hour”. It was an instantly distinctive name which I always remembered.

In 1972 the reunited the cast of “The Goon Show” for “The Last Goon Show Of All”. All the surviving members were present, but not Wally Stott. I assumed, wrongly, that he had died. As it happened Wally was invited to return but he turned it down because of personal reasons which weren’t revealed to many of those at the time. These reasons became evident when Wally Stott re-emerged onto the music scene shortly afterwards as Angela Morley.

Angela had felt uncomfortable with her sexuality during her first marriage. It was during her second marriage that she determined to do something about it. With the loving support of her second wife Angela underwent surgery in 1972.

Angela continued to compose and conduct. She moved into the film industry and was nominated for an Oscar twice – for “The Little Prince”, 1974, and “The Slipper and the Rose”, 1976 (one of my all-time favourite sound-tracks). Her experiences in the film music industry in seemed less transphobic than that in the and it persuaded Angela to move there. In the following years she was crossing the Atlantic composing film scores in and conducting the Radio Orchestra in the .

In the 1980s Angela composed and arranged music for many famous tv shows (many of them camp classics in the lgbt community) such as “Dynasty”, “”, “Cagney and Lacey” and “Wonder Woman”. Success followed, with 3 Emmy awards and a further 6 nominations for her tv work.

It’s a pity that Angela wasn’t more well-known outside the music industry. I regard her as one of the best musical talents in the film and tv industries (she also helped to create the musical signatures of “Star Wars, “The Empire Strikes Back”, “ET”, and “Schindler’s List” with John Williams), and she should have got more public recognition. In different circumstances I’m sure she would have been awarded and OBE at least.

As we approach the International Transgender Day of Remembrance this coming Sunday I hope more people will come to appreciate Angela Morley’s long and distinguished contribution to radio, tv and film music. 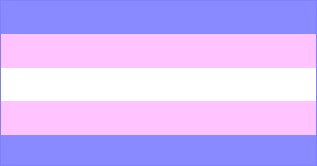 Posted by Tony Scupham-Bilton at 19:08